Remark: the multidimensional generalization, also known as the Newton-Raphson method, has the following update rule: \[ \theta\leftarrow\theta-\left(\nabla_\theta^2\ell(\theta)\right)^{-1}\nabla_\theta\ell(\theta) \]

Remark: the update rule is a particular case of the gradient ascent.

Remark: we will often have \(T(y)=y\). Also, \(\exp(-a(\eta))\) can be seen as a normalization parameter that will make sure that the probabilities sum to one.

Here are the most common exponential distributions summed up in the following table:

The goal of support vector machines is to find the line that maximizes the minimum distance to the line. 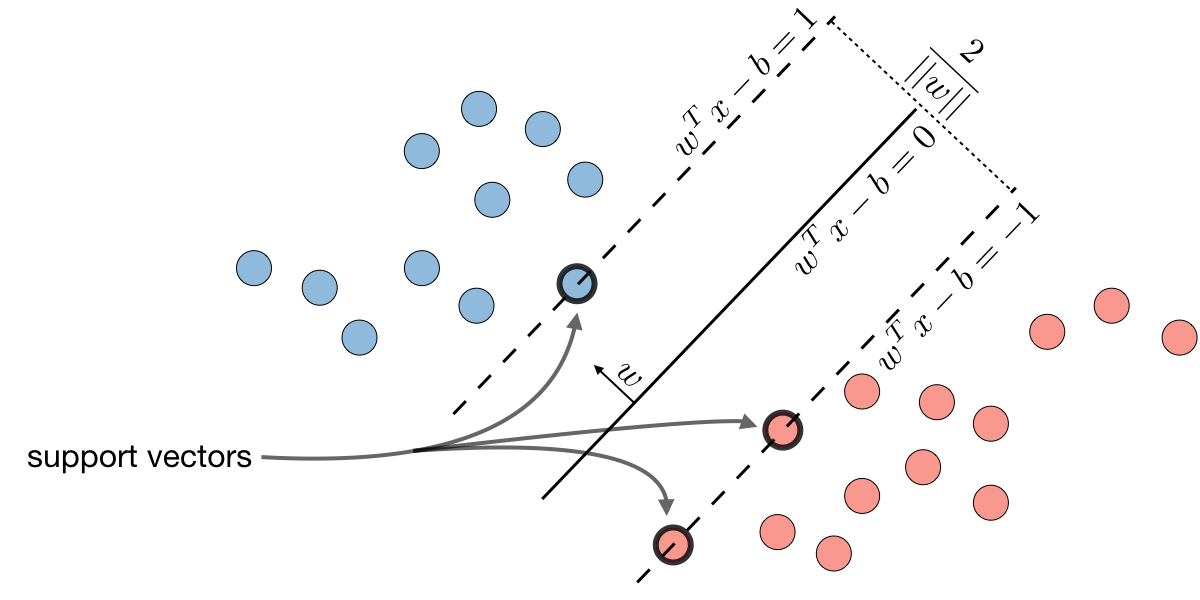 Remark: we say that we use the "kernel trick" to compute the cost function using the kernel because we actually don't need to know the explicit mapping \(\phi\), which is often very complicated. Instead, only the values \(K(x,z)\) are needed.

Remark: the coefficients \(\beta_i\) are called the Lagrange multipliers.

A generative model first tries to learn how the data is generated by estimating \(P(x|y)\), which we can then use to estimate \(P(y|x)\) by using Bayes' rule.

These methods can be used for both regression and classification problems.

Remark: random forests are a type of ensemble methods.

Remark: this inequality is also known as the Chernoff bound.